Your Back Yard, EbTech (an energy company specialising in the development and delivery of renewable energy products) and Kensa (an UK heat pump manufacturer) have been working together to put together a feasibility study into the possibility of using green spaces as a source of renewable energy. This would be done via the installation of Ground Source Heat Pumps in a project that combines the benefits of renewable energy, cheaper fuel for lower income families, and the creation of a fund to support community projects. Furthermore, there is also potential for playing field improvements, as proper drainage systems could be installed at the same time as the Ground Source Heat Pumps, saving considerable time and money.

The aim of the project is to install Ground Source Heat Pumps beneath a sports field, park, or other green space near a location where there is a large end user. For example, the green space could be near a school, hospital, community centre, or block of council owned flats with a poor energy saving certificate. There is also the potential for a local community endowment fund to be created, as the scheme should generate a surplus. This could be used to fund energy efficiency projects at the micro/household level such as cavity wall insulation, LED schemes, solar panels, and double glazing, amongst others. Funds could also be made available to fund projects of a general community benefit, such as improvements to play areas, or support towards managing a community building. The fund would help ensure ‘buy in’ from the local community, and also make a significant contribution to reducing fuel poverty, particularly as pilot projects will be targeted at disadvantaged areas.

Possible funding sources include the Renewable Heat Incentive, the Government’s Energy Company Obligation, Heat Networks Investment Project, LEP’s Energy Accelerator, and sport/community grants. We have also met with a number of potential key stakeholder partners in the target areas for the pilot projects. They have all been extremely enthusiastic about the project, and would be willing to work with us to develop the scheme in these initial stages. These stakeholders include the head of Sustainable Energy and Climate Change at Leeds City Council, the heads of Parks and Countryside at both Leeds and Bradford Council, and the Sustainability Manager at Incommunities Bradford, one of the largest social housing providers in the UK.

Overall, we hope the project will generate affordable renewable energy, improve sports pitches so that they can be used all year round and create a community endowment fund that can be used to invest in other projects and support domestic energy saving measures.

We are very excited to say that we received final stage feasibility funding from the REACH Fund at the end of 2018. We’re looking forward to making more progress on the project throughout 2019, so stay tuned for updates!

We have visited around 10 green spaces that we identified as possible sites of interest. From these visits, we have identified around 5 which look as though they would be best suited to the project.

After finalising a medium list of suitable sites for the project, we have been in the process for the past few months of contacting all of the potential end-users, and arranging meetings to view the green space, their boilers, and their current energy bills. So far we, alongside Ebtech Solutions Ltd., have visited 3 schools and 1 nursery. We are still contacting other potential end-users, and look forward to working with them in the next stage of the project.

You can learn more about the work we’re doing on the project by having a look at our April-August action plan here: Action Plan 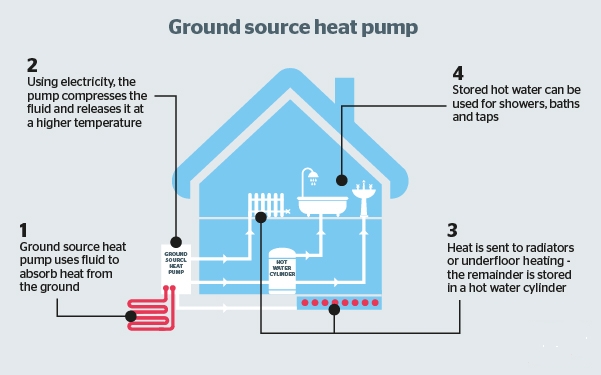